Women bring unique leadership talents to politics and business. Here are links to a range of interesting reports, stories, videos, podcasts and more.

We will keep this section updated with significant reports & findings and voices to help us appreciate women in powerful roles, making a difference. I’m happy to add more to this, so feel free to share.

We support women in all leadership roles, welcoming their vital diversity and contribution.

How to Get More Women to Run for Office and Win

Gender Equality is Within Our Reach 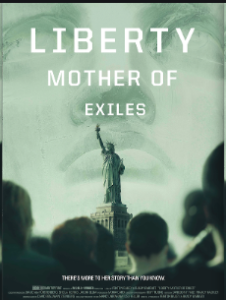 Diane Von Furstenburg is the ‘Godmother’ of Lady Liberty. Check out this quick interview w Mika, plus the HBO special. 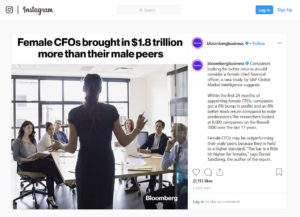 Within the first 24 months of appointing female CFOs, companies got a 6% bump in profits and an 8% better stock return compared to male predecessors.The researchers looked at 6,000 companies on the Russell 3000 over the last 17 years.

Female CFOs may be outperforming their male peers because they’re held to a higher standard. “The bar is a little bit higher for females,” says Daniel Sandberg, the author of the report.

Men currently outnumber women in CFO positions by about 6.5 to 1. Read more here.

Jan 29, 2018, The Avengers: A Year Ago, They Marched. Now a Record Number of Women Are Running for Office

The Results Are In: Women Are Great For Business, But Still Getting Pushed Out 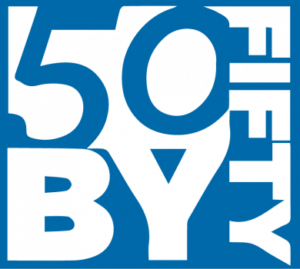 ROADMAP TO 50X50: POWER AND PARITY IN WOMEN’S LEADERSHIP

Discover what truly drives gender parity in public service leadership around the world in a groundbreaking new report from the Women in Public Service Project. 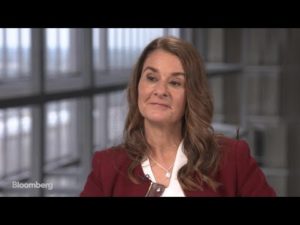 Melinda Gates: You’re Missing Out By Not Investing in Women, Minorities
Melinda Gates on ‘Bloomberg Studio 1.0’ with Emily Chang, May 3rd, 2018 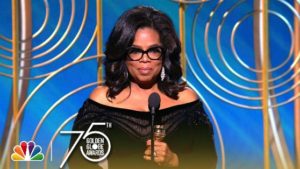 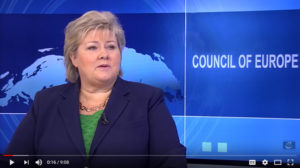 Erna Solberg has been Prime Minister of Norway since 2013. She started her second term after the elections in 2017. She has been the leader of the Conservative Party since 2004, a party she has represented in the County of Hordaland at the «Storting» (Norwegian Parliament) since 1989. Before that, she was member of several standing committees including finance and local government foreign and defence affairs and the electoral committee. She also headed the Storting’s delegation to NATO’s Parliamentary Assembly. Prior to that, she was Minister of Local Government and Regional Development from 2001 to 2005. Solberg holds an MA in Sociology, Political Science, Statistics and Economy from the University of Bergen in 1986.

Norwegian Prime Minister on Their Mother Policies
SUN, MAY 10, 2018

I’m not saying we need to replicate this, but there are some good reasons to support moms and their contribution to the economy, in better ways than we do now. And women in leadership will bring good sense to these policy decisions.

Enjoy this movie, and be inspired by a woman of conviction, smarts and tenacity!

At the age of 84, U.S. Supreme Court Justice Ruth Bader Ginsburg has developed a breathtaking legal legacy while becoming an unexpected pop culture icon. But without a definitive Ginsburg biography, the unique personal journey of this diminutive, quiet warrior’s rise to the nation’s highest court has been largely unknown, even to some of her biggest fans – until now. RBG is a revelatory documentary exploring Ginsburg ‘s exceptional life and career from Betsy West and Julie Cohen, and co-produced by Storyville Films and CNN Films.

Check out and Subscribe to Fortune’s Broadsheet newsletter, for a daily dose of inspiration on Women in Leadership: THE DISH ON THE WORLD’S MOST POWERFUL WOMEN, BY VALENTINA ZARYA

Our latest research reinforces the link between diversity and company financial performance—and suggests how organizations can craft better inclusion strategies for a competitive edge. (January 2018)

From press release: An extraordinary new survey of 21,980 publicly traded companies in 91 countries demonstrates that the presence of more female leaders in top positions of corporate management correlates with increased profitability of these companies, according to a paper published today by the Peterson Institute for International Economics. The 35-page report, Is Gender Diversity Profitable? Evidence from a Global Survey, was written by Marcus Noland, Tyler Moran, and Barbara Kotschwar and supported by a major research grant from EY. This is the latest and most rigorous data analysis of gender diversity and corporate profitability to date.

This groundbreaking study shows that the extent of gender diversity and its relationship to profitability varies robustly by country, sector of the economy, and by policies towards female work opportunities. The research finds no evidence that, by itself, having a female CEO is related to increased profitability, but there is some evidence that having women on a board may help—and robust evidence that women in the C-level (as in CEO, CFO and COO of management) is associated with higher profitability. In 2014 data, the study finds that nearly a third of companies globally have no women in either board or C-suite positions, 60 percent have no female board members, 50 percent have no female top executives, and fewer than 5 percent have a female CEO.

Gender balance and the link to performance

A new McKinsey Global Institute report finds that $12 trillion could be added to global GDP by 2025 by advancing women’s equality. The public, private, and social sectors will need to act to close gender gaps in work and society.

Gender inequality is not only a pressing moral and social issue but also a critical economic challenge. If women—who account for half the world’s working-age population—do not achieve their full economic potential, the global economy will suffer. While all types of inequality have economic consequences, in our new McKinsey Global Institute (MGI) report, The power of parity: How advancing women’s equality can add $12 trillion to global growth, we focus on the economic implications of lack of parity between men and women.

Why it’s smart to invest in female-led companies

Companies with a woman in the CEO or chairman role have performed far better than a major global index over the past eight years, according to an analysis by the bank Nordea of nearly 11,000 companies globally.

The results, first reported by Bloomberg, found that on average, companies with a woman in either of those two top jobs at the end of the calendar year more than doubled the performance of the MSCI World Index in the following year. The annualized return for female-led firms, based on an equal weighting, was 25% since 2009, compared with 11% for the broader market. 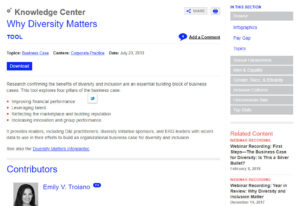 Reflecting the Marketplace and Building Reputation Gender diversity on boards is connected with better corporate governance and board oversight and less unethical behavior.

An increase in women has been linked to a group’s effectiveness in solving difficult problems.